AND DISCOVERY EXPEDITIONS FROM KHAO LAK

Every year a select number of divers head out into the Andaman Sea to participate in something rather special. These lucky individuals are not on a typical scheduled liveaboard trip; they are on a mission!

This is your chance to join them. You could be a on longer expedition discovering new dive sites or on a trip dedicated to marine science, research and conservation. With Diversion, it is more than likely you will experience a unique and exciting combination of both.

MAKE YOUR NEXT LIVEABOARD ADVENTURE
A CONTRIBUTION TOWARDS SCIENCE AND CONSERVATION

Participating in science and conservation can add a whole new dimension to your usual liveaboard experience. For starters, these trips tend to be longer than the usual Thailand or Myanmar liveaboard trips. Four-day trips always seem to be over just when you are really getting into the swing of your diving. With a specific purpose to your trip you can expect at least eight days of adventure to achieve the expedition’s objectives.

Science and conservation liveaboard expeditions are always accompanied by a suitably qualified marine biologist. Diving with Manta Rays is a big draw to the region and many of these trips are focused on studying these majestic creatures. There have been many trips to date hosted by the world’s leading scientists in this particular field of study.

Here you can see Dr. Andrea Marshall showing a live sample of a parasite taken from a Giant Manta Ray on 2017’s Myanmar ‘Ray of Hope’ expedition. These activities allow you, the diver, a unique and wonderful opportunity to learn from the experts. Presentations onboard the boat cover a wide range of interesting topics such as the animal’s appearance and anatomy, lifecycle, behaviour and ecology, distribution and habitat, conservation issues and the latest techniques and tech used to study Mantas in the wild.

Active participation in research is one of the highlights of any scientific expedition. It’s your chance to be a citizen scientist and assist in fieldwork. This can be a great asset to the scientist. With more ‘assistants’ on site, more work can be achieved and more data collected. You also have the chance to witness new discoveries.

“The expectation and excitement at being involved in a manta research trip with Andrea Marshall builds as the first dive nears. Will we or won’t we see manta. Getting a quick camera technique run down from Andrea sets the scene which culminates in three fantastic days diving with 56 ID’d manta. Camera technique improves and finally a sense of achievement and pride at being part of a active research project and bagging three unique ID’s missed by Andrea and the full time researchers.“
Gavin Chamberlain

A liveaboard dedicated to the study of Manta Rays can also fulfil a scuba divers dream. Many participants join these types of trips because they have nurtured a life long passion to dive with Mantas; it is high up on their bucket lists. A research trip yields much more chance of Manta Ray encounter. The expeditions go at the right time of the year and spend more time at Manta aggregation sites.

“Diving with Manta Rays is the most magical and unique feeling ever! There’s no more graceful and elegant animal in the ocean, and no greater feeling than being weightless under water next to one. 3 years ago I saw a Manta Ray for the first time in Indonesia. This magical experience made me travel and dive around the world. I saw Mantas in Egypt, Australia and the Maldives. Joining a Ray of Hope tour in Myanmar and Thailand with Dr. Andrea Marshall was a dream come true. My dream was to finally see a giant Manta Ray, as I’d only ever seen Reef Mantas before. We didn’t see one Giant Manta, we were spoiled with more than 50 individual encounters! Every day I think about the Mantas I saw in Myanmar. I try to escape to my “happy place”. I close my eyes and I go deep, floating with the graces again.“
Nicole Stucki

HISTORY OF OUR EXPEDITIONS IN THE ANDAMAN SEA

Serious Manta Ray research started in Thailand and Myanmar in February 2011. Dr Andrea Marshall of the Marine Megafauna Foundation (MMF) visited the region as part of a global project, satellite tagging Mantas at key aggregation sites around the world. Ric Parker, one of the founders of Diversion, was fortunate to be part of that first expedition in his role as tour leader of MV Similan Jazz. The Jazz took Dr Marshall to Black Rock, in Myanmar’s Mergui Archipelago, for the first time on a Burma Discovery Trip.

The Legend of Black Rock

What I found exceeded every expectation I could have imagined. Forests, of fans and soft coral in every colour. Beds of anemones that covered boulders as far as the eyes cold see.

Schools of low-lying glassfish so dense, that as they hugged the reef they gave off the illusion of a moving carpet. The reefs were alive with crustaceans and tropical fish of every variety and colour.

Cuttlefish provided extravagant light shows in surface waters, as their skin attempted to camouflage them against the canvas of the reef. Game fish from kingfish to barracuda darted in and out of my frame of vision. It was a visual symphony and my senses reeled.

Then as if on cue, the mantas arrived out of the blue… (read more) Dr Andrea Marshall

Black Rock was instantly propelled to feature as one of Dr Marshall’s top ten dive sites in the world. For Ric Parker this was the first chapter of an ongoing involvement with the MMF.

The success of this first expedition to Myanmar ensured ongoing, active involvement in the region with the Marine Megafauna Foundation and there have been annual Manta trips ever year since, covering a broad scope of research activities, on a range of different Myanmar liveaboards.

From 2014 to 2016 Dr Fabrice Jaine hosted three MMF expeditions to Myanmar with Ric Parker. Dr Jaine is another big name in the world of Manta research, as well as an accomplished underwater photographer.

Anna Flam, the global manager for Manta Matcher, was onboard for trips in both 2016 and 2017. Manta Matcher is the world’s largest manta ray database. Since her arrival on the scene the Thailand and Myanmar databases have more than doubled in size through her tireless promoting of using Manta Matcher to the local dive industry.

2017 was the biggest year to date for Manta research in the Andaman Sea. The annual Ray of Hope Expedition, hosted by Dr Andrea Marshall, Janneman Conradie and Ric Parker on board the SY Diva Andaman broke all records for Manta encounters at Black Rock with a staggering 52 identified individuals.

Following this trip Ric and Anna Flam hosted the first ever Off the Chart Expedition to Myanmar on board the MV Deep Andaman Queen. As well as visiting famed Black Rock, the expedition also headed far to the north of the Mergui Archipelago scoping out possible new manta aggregation sites based on data compiled over the last seven years research.

The Marine Megafauna Foundation was created in 2009 to research, protect and conserve the large populations of marine megafauna found along the Mozambican coastline. ‘Megafauna’ are large marine species such as sharks, rays, marine mammals and turtles.

These animals are key components of marine ecosystems but, as they are long-lived and have low reproductive rates, their populations are usually the first to be reduced by human pressures. Fortunately, they are also amongst the most charismatic animals on the planet and engender a high degree of public interest in their biology and conservation, making them useful ambassadors for the whole marine environment. The Manta Ray and Whale Shark Research Centre is based in Tofo Beach, Mozambique. Tofo Beach is a major international hot-spot for both manta rays and whale sharks. 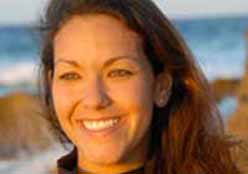 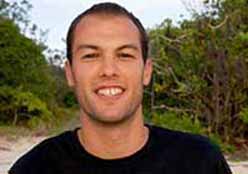 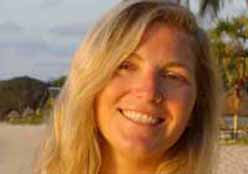 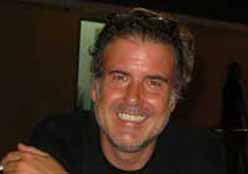 Manta Ray research trips play a vital role in both furthering our understanding of the species in general and more detailed insight about our local Andaman Sea population of mantas. These extended trips, funded by divers, allow scientists more opportunity to study in the field. Often budget constraints would prevent scientists from ever visiting the area.

Visiting scientists often hold presentations in Khao Lak and visit local dive centres. This can help ensure the local dive industry apply better codes of conduct for interactions with Manta Rays as well as raising awareness for Manta Matcher. Year after year more Instructors, Divemasters and recreational divers are uploading ID photos. The Manta Matcher database continues to grow. This further aids research as data is continued to be collected in the absence of scientists.

We have codes of conduct posters for your Similan dive centre or Similan liveaboard?

The more we learn about our local Manta populations, the more effective conservation plans can be applied. Diversion’s Niko Aigner ID’d a manta in Thailand at Richelieu Rock. Once uploaded to the database it was matched with previous encounters of the same animal in Myanmar. This was proof that Mantas are making round trips between the two countries. This highlights the need for greater international cooperation to protect Manta Rays as they cross international borders.

Learn more about Manta Matcher, the Wildbook for Manta Rays

Visiting remote areas holds great potential for exciting liveaboard trips. On dives at West Canister Island in 2017, divers encountered large schools of Mobula Rays (a close cousin of Manta Rays). These encounters, along with the island’s underwater topography, remote location and surrounding ocean floor depths, strongly suggests that this is a potential Manta aggregation site. This is just one of the dive sites, never visited by other dive boats, we are sure to return to.

Ask Us About Future Trips

These are the expeditions of Diversion.

Their mission: to explore strange new dive sites, to seek out new life and new Manta aggregation sites, to boldly go where no diver has gone before.

Every year, scientists from the MMF join Ric Parker on Ray of Hope Expeditions to Myanmar and Thailand. Late February to early March is when diving is at its best at the Andaman Sea’s Manta Ray hotspots. Most of what is known about local Manta populations has come from these trips. These liveaboard expeditions are certainly the highlight of the yearly six-month dive season.

Off the Chart Expeditions are aimed at divers looking for adventure well off the beaten track and enjoy good times at sea, whilst also contributing to Manta Ray research and conservation.

There is huge demand for spots on these expeditions and they are often sold out before being made public. If you would like to receive advance notification of future trips you can sign up here.

by Steph Venables, Marine Megafauna Foundation Science is all about answering questions. One of the things I love most about it, is that there are still so many things that we don’t know, and so many questions to be answered…

How are we handling the Coronavirus (COVID19)   Here at Off The Chart Expeditions, customer care and safety is always our first concern. We will continue the trip as normal. No changes in schedule, however we are following advice from the World Health Organization (WHO) and are implementing a few changes on board.