Khao Lak, Thailand sees the launch of a new campaign aimed at raising public awareness about sharks. The campaign named ‘Get Sharks Off the Hook’ focuses not only on the plight of shark populations, which are plummeting world wide, but their vital importance to a healthy ocean ecosystems and local Similan diving tourism.

How ‘Get Sharks Off the Hook’ Started 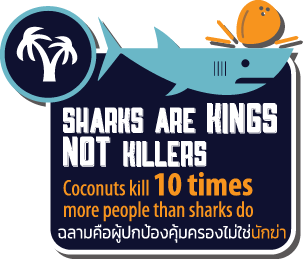 Islands. An idea was needed that would highlight this problem, already common knowledge amongst the diving community.

After talks with other businesses owners dependant on diving tourism, but not directly involved with diving activities it soon became apparent that there was a distinct lack of public awareness when it came to sharks. It just seemed like a completely grey area, non-divers did not know that divers actually wanted to dive with sharks, that there should be a lot of sharks in Thai waters but wasn’t, that a healthy shark population may attract more divers and therefore tourist revenue and that sharks  play the most important role in managing our ocean’s ecosystems.

The only common feedback from these talks was the misconception that sharks are scary and dangerous. Something clearly had to be done to champion a misunderstood animal seen as a threat to humans. It was also clear that simply telling fishermen to stop catching sharks and telling restaurants to stop serving shark was not the correct approach.

Get Sharks Off the Hook presents a simple message, to:

Respect the King of the Ocean, to Respect Sharks

The message will be promoted via a poster campaign in restaurants and businesses around Khao Lak. The poster simplifies four of the most important misconceptions most people have about sharks:

Get Sharks Off the Hook have teamed up with Shark Guardian to further promote the campaign. Shark Guardian have achieved great success taking their message about the importance of sharks into schools across South East Asia. 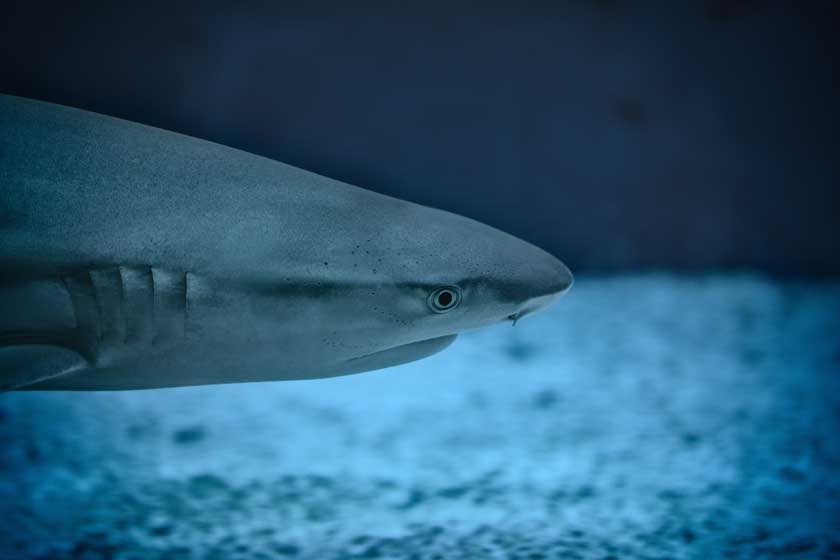 Not the killer as portrayed by the media and in Hollywood films.

Educating children about sharks is a vital step to undo the misconceptions about sharks being dangerous, that they should be respected and protected and to hopefully curb the demand for shark fin soup in future generations.

Getting the Message Out There 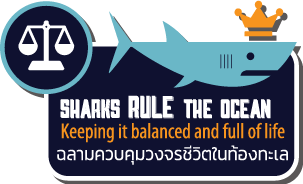 With greater public awareness about sharks it is hoped that communities who depend on tourism, especially diving tourism will reach their own conclusions about the need to protect sharks.

Get Sharks Off the Hook is not about telling fishermen to stop fishing for sharks.

Each restaurant that signs up will be able to display the Get Sharks Off the Hook poster and will feature in recommended lists of shark friendly places to eat across various media outlets. Local dive centres will have the opportunity to recommend these restaurants to their diving guests. 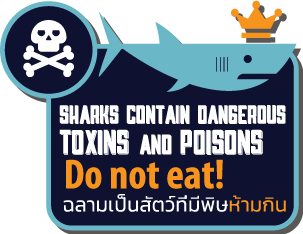 The more restaurants that sign up, the more the posters will be seen around Khao Lak and more and more people will get to read and understand the message. Hopefully participating restaurants will notice an increase in custom further cementing the fact that sharks left alive are more valuable to the local community then being caught and sold.

A community reliant on tourism, who understand the value of sharks, both for the environment and to the local economy presents a much stronger voice when it comes to the topic of protecting sharks.

How To Get Involved

There are various ways everyone can get involved with Get Sharks Off the Hook.

It is easy to sign-up as a shark friendly restaurant as long as no shark products feature on your menu and you do not source stock from places supplying sharks. 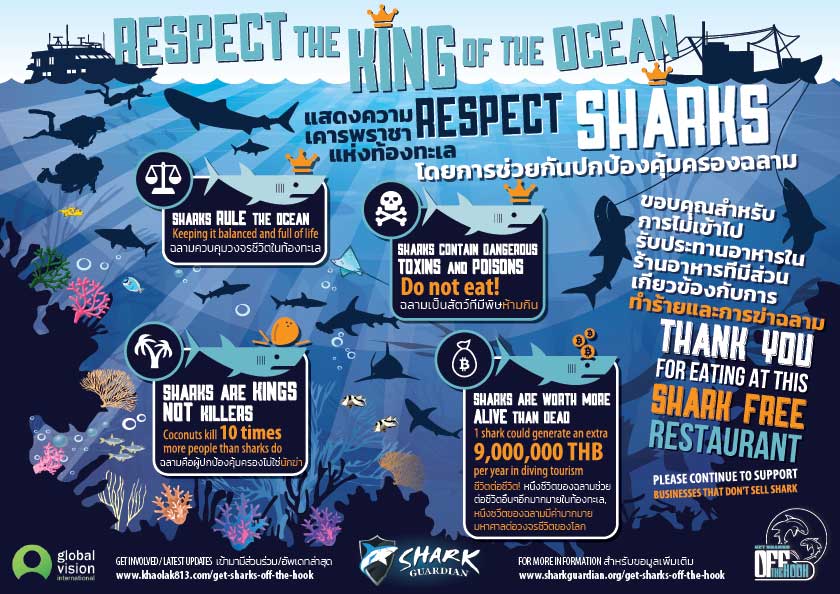 You will receive your Get Sharks Off the Hook poster and then be added to the database of shark friendly restaurants in Thailand and promoted as such accordingly.

Dive centres can show their support by featuring up to date lists of shark friendly restaurants nearby, recommending these places to their guests and also signing up more restaurants around town.

Everyone can help promote Get Sharks Off the Hook. All you need to do is eat at shark friendly restaurants. Be sure to let the restaurant owners know you support them for the decision they have made to help protect sharks.

If you want to get involved with Get Sharks Off the Hook you can contact Shark Guardian via their website or visit KhaoLak813.com where you will find up to date lists of shark friendly restaurants.

Koh Tachai: Why so many dead fish?

Off the Chart Expedition to Raja Ampat 2017
Scroll to top